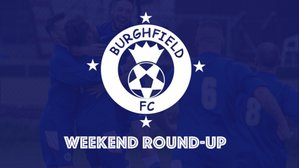 A reduced schedule this weekend with men's fixtures cancelled by the leagues and the weather forcing the postponement of several youth games.

On Saturday morning the Under 17 Blues travelled away to undefeated AFC Whitchurch Anglers. Despite a Will Miller goal, the hosts took all three points as they won the game 2-1.

Our Under 15 Buffalos earned a decent 4-2 win away at Bracknell Cavaliers Colts on Saturday morning to move them up to sixth in EBFA Division Four.

The U13 Buffalos were defeated 5-0 by Henley Hotspur, a result that was slightly harsh on the team after being more than a match for the league leaders for the opening 45 minutes.

Also in EBFA league action this weekend were our Under 11 Tigers who faced Berks Elite Gold.

Our U8 Greens, U8 Reds, U7 Bluebirds, U7 Ice and U7 Eagles were also all in BYDL league action on Saturday.