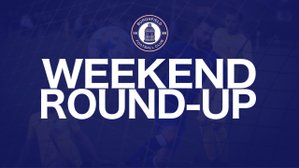 By Burghfield FC
6 days ago
Share via
FacebookTwitter
https://www.burghfieldfootball

A weekend full of goals across the age groups that saw cup progress for the Men's Sunday Reserves and a U13 Burghfield derby.

The Men’s First Team were back in TVPL action at the Rec on Saturday afternoon. Jasper Rowland put us ahead after 25 minutes, before James McClellan added a second to double our lead before the break. Ollie Brown added a third during a scrappy second-half, as we saw out the game to claim the points in a comfortable 3-0 win.

The Men’s Saturday A’s travelled to Finchampstead United on Saturday in TVPL Division Four. Goals from Fred Taucher and a Harry Peters penalty helped us secure a good 2-1 away victory.

On Sunday afternoon The Ladies First Team faced Wargrave Women in the Quarter Finals of the Berks & Berks Women’s Trophy. Unfortunately we were knocked out of the cup, suffering a 4-0 defeat against our hosts from two divisions higher.

On Sunday morning our Men's Sunday Reserves travelled away to Arborfield in the second round of the Tilehurst Charity Cup. Despite going behind, goals from Steve McDonald and Shane Marsh turned it around as we led at the break. We took complete control of the game in the second-half, with a James Moring header increasing our lead before Vinny Kennedy and Shane Marsh added to the scoreline as we progressed to the next round with an excellent 5-1 victory.

Our U18’s travelled to Caversham Trents Golds on Saturday morning, coming away with a 4-2 win.

The U17 Bears good form continued with a 7-1 win against Twyford Comets Black at CSA on Saturday.

Also at CSA on Saturday morning our U17 Buffalos were defeated 2-1 in a close game against Reeves Rangers Blues.

The U15 Bisons hosted Windlesham United Youth Rams at Willink on Saturday morning. We took a deserved lead just before half-time when Kaiyon McKenna got on the end of a through ball from Ryan Phillips to finish a nice move. After the break the visitors began to apply some pressure and levelled the scores with just minutes remaining as it ended all square at 1-1.

The U15 Buffalos were also at Willink, hosting Darby Green & Potley Youth Dragons in EBFA Division Eight. Goals from Rahul Thomas and Sam Roff put us ahead before we switched off and conceded two goals in a minute just before the half-hour. We regained control through goals from Oliver Miller, Thomas Whitehouse and Eddie Riches before a scrappy second-half that saw another goal apiece for each side, with Sam Roff getting on the scoresheet again as we earned a 6-2 victory.

Also at Willink were our U14 Rangers, who suffered a 7-0 defeat against EBFA Division Two league leaders, Windsor Youth Owls Reds.

The U14 Tridents travelled away to Goring Robins Black in EBFA Division Six, claiming all three points with a good 5-3 win.

Our U13 Lions hosted Binfield Reds on Saturday morning, coming out on top with an excellent 3-1 victory.

The U13 Blues remain at the top of the EBFA Division Three table despite suffering a 5-0 defeat in a top-of-the-table clash away at Windsor Youth Ospreys Titans.

There was an all Burghfield encounter in EBFA Division Seven as our U13 Vipers hosted the U13 Tigers at Mortimer West End. The Tigers came out on top with a 6-1 victory.

The U13 Pythons earned another big win in BYDL on Saturday lunchtime, defeating Caversham Trents Whites 8-0 at Coley Rec. Keaton McKenna gave us a first-half lead, before a fantastic second-half performance saw braces from Sienna Millington and William Folkard, alongside goals from Zac Potter and Deacon Romeo.

The U12's hosted AFC Charvil Lions on Saturday, suffering a 2-1 defeat in a close game in EBFA Division Five.