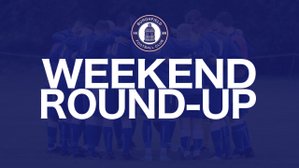 The Men's First Team, Sunday Firsts and Sunday Reserves all completed their league campaigns on the final weekend of the season.

The Men’s First Team finished the Thames Valley Premier League season with victory against Richings Park at the Rec on Saturday afternoon. Teo Atik opened the scoring after the scoring after 25 minutes, before adding a second five minutes later. The visitors pulled a goal back before the break, but we took control again early in the seond-half, with James McClellan finishing from close range. Josh Cook sealed the points with a clever free-kick that beat the Richings Park goalkeeper at the near post, as we confirmed our second placed finish in TVPL Premier Division.

On Sunday morning our Men’s Sunday Firsts ended the Reading & District Sunday League season against Mortimer at the Rec. After going behind early on, we levelled when Jack Bowyer headed in a free-kick from Josh Howell. With both sides reduced to ten men, the visitors took control with another two goals, before Ollie Brown pulled one back with a good finish that beat the Mortimer goalkeeper at his near post. Despite late pressure we unable to find an equaliser as we suffered a 3-2 defeat.

At CSA on Sunday morning, our Sunday Reserves hosted Wayback Wanderers in Reading & District Sunday League Division One. Mattie Cook was on the scoresheet for us in the first-half, with late goals from Vinny Kennedy and Louis Le Bellego helping us finish the season with a good 3-1 victory.