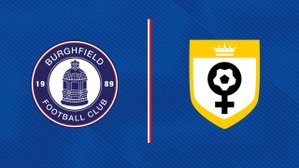 Club Launch New Partnership With Her Game Too

We are delighted to announce a new partnership with Her Game Too, which aims to raise awareness on sexist abuse within football.

We are delighted to launch a new partnership with Her Game Too, a non-profit organisation fighting against sexism and misogyny in football and tackling issues within the sport and media.

The campaign was launched in May 2021 - out of frustration and a need for change, by 12 passionate female football supporters - to widespread support on social media. This led to the campaign's hashtag of #HerGameToo trending on Twitter in the build-up to the Emirates FA Cup final and the launch video for the campaign gaining well over 1 million views.

The volunteer-run organisation are committed to growing the campaign with the aim of fostering an ethos where women are welcomed and respected equally in football.

Her Game Too are helping to build a more welcoming environment for young girls and females in football, championing women who play football, work in football or follow football, whilst also continuing to campaign against the abuse women suffer, and sexism attached to the game, to ensure women are respected equally and can feel safe doing something they love.

A number of clubs both at home and abroad have partnered with Her Game Too, with the aim of highlighting the issues that females can face in football, both in person as well as online.

We pride ourselves on being an open and inclusive football club, with this new partnership further demonstrating our commitment to offer football for all and our ambitions to grow the number of girls and women playing football.

We were delighted to announce the addition of a second women's side earlier this month, and with our girls-only training sessions shortly resuming after the summer break we hope to see many more girls inspired by the Lionesses success this summer getting involved with playing football.

To find out more about the important work being done by Her Game Too, head to www.hergametoo.co.uk, follow them on Twitter at @HerGameToo and use the hashtag #HerGameToo.